Our guided tastings are not just tastings.

They are a complete immersion in the culture and history of a family and a territory.

It is important to know that:
The tastings are exclusive and only by reservation, every day of the week.
In compliance with the Current Laws on the Prevention of Covid 19, the maximum number we welcome is 10 people in Loreto Aprutino and 20 people in Miglianico.
The duration of the tastings is about two hours.

Visit to the Cellar

The visit begins with a real immersion in the vineyard.
Walking through the vineyards, guests discover why Loreto Aprutino is considered a terroir of excellence all over the world: what it is characterized by and what distinguishes it.

We show the difference between the two cultivation systems: the Abruzzo pergola and the espalier.
The tour continues in the three cellars: steel, wood and concrete, terracotta, where it is possible to understand the different company’s wines and the production philosophy.

During the visit, the guest listens to the story of the Ciavolich family, originally from Bulgaria, which arrived in Abruzzo in 1500 and in 1853 began the production of wine in Miglianico, in the ancient cellar which can still be visited today. In 1960 the production moved to Loreto Aprutino, in the lands inherited from the noblewoman Ernestina Vicini, wife of Giuseppe Ciavolich. Here today, Chiara Ciavolich, from tents of the 60s and younger rows, produces wines from native vines that respect the territory.

In the Bottiglieria you can then taste 4 selected labels combined with Niko Romito’s bread based on Solina and Saragolla flours, to be tasted together with the oil of our production produced by Monocultivar Dritta of Loreto Aprutino and tastings of local and Abruzzo dairy excellences accompanied by our extra jam from Montepulciano. 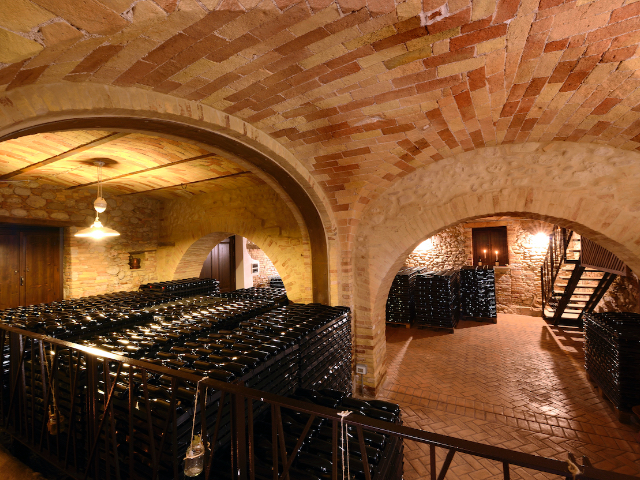 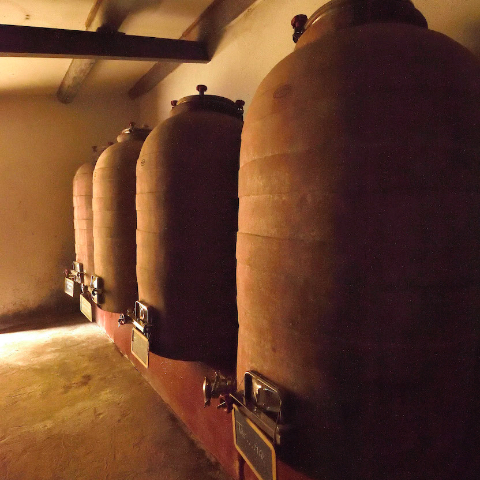 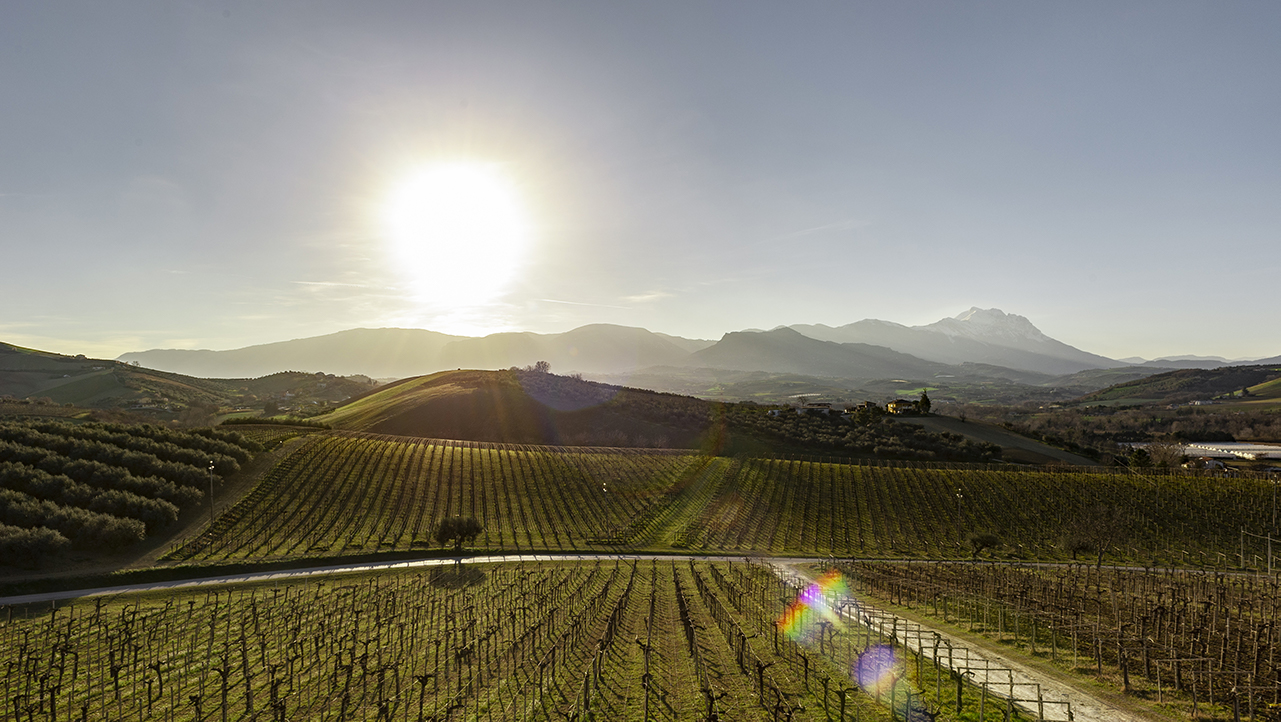 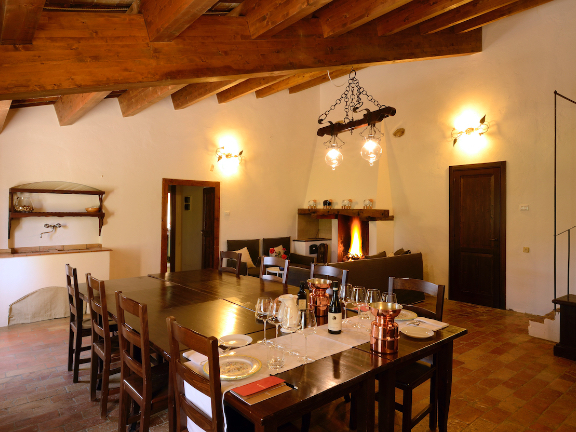 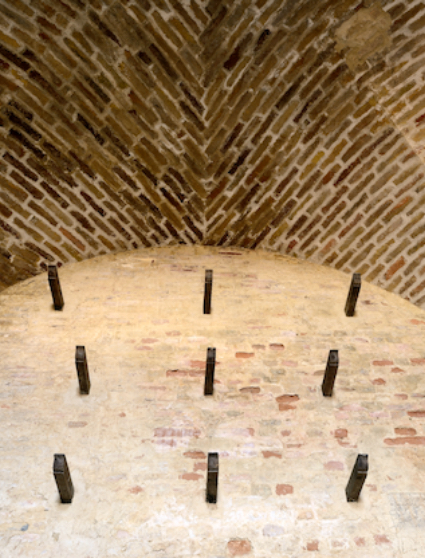 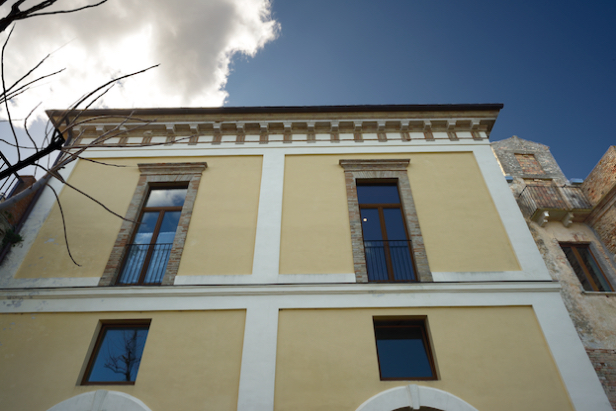 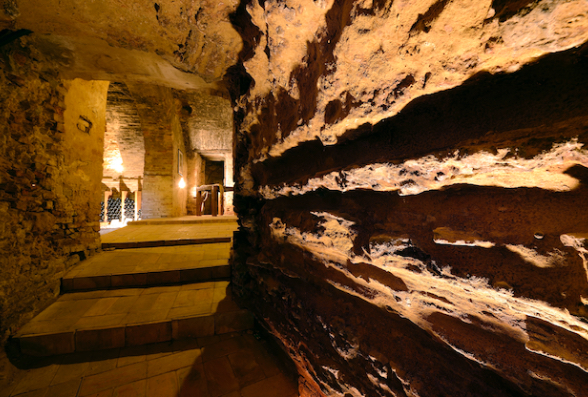 In an underground path that descends into the ancient family cellar, guests will be accompanied to retrace the stages of the family history, from the arrival from Bulgaria in 1500, to the supply of horses to Napoleon’s army in between 700 and 800, to the construction of the cellar in 1853, to the cultural Halls of Donna Ernestina.
Her friendship with the artist Francesco Paolo Michetti and the anecdote about the painting The Vote, now exhibited at the National Gallery of Modern and Contemporary Art in Rome.
The First but above all the Second World War and the German occupation which chose the Ciavolich Palace as its headquarters and used the cellar to repair the tanks from the Allied air sightings. The displacement of the family, the escape from the SS and the return of Giuseppe Ciavolich up to the current management of the winery by Chiara Ciavolich.

Then 4 of the best labels of the winery will be tasted, combined with Bread by Niko Romito based on Solina and Saragolla flours and micro tastings of the dairy excellences of Daniela Del Proposto from Loreto Aprutino, Gregorio Rotolo of Scanno, Nunzio Marcelli from Anversa degli Abruzzi and the Martinelli Company from Farindola.

To live a food and wine experience en plein air: immersed in the vineyards and olive groves of the winery, in contact with nature, you can know and taste the wines of the Ciavolich Line together with the simple and traditional products of the territory. Every day at 11.30 and 17.00.

Our cellar collaborates in partnership with Picnic Chic, discover all our proposals. DISCOVER 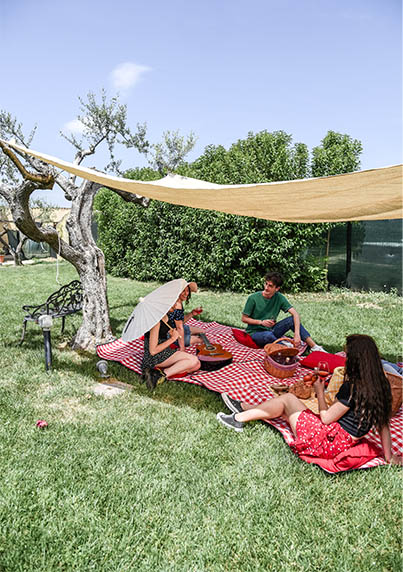 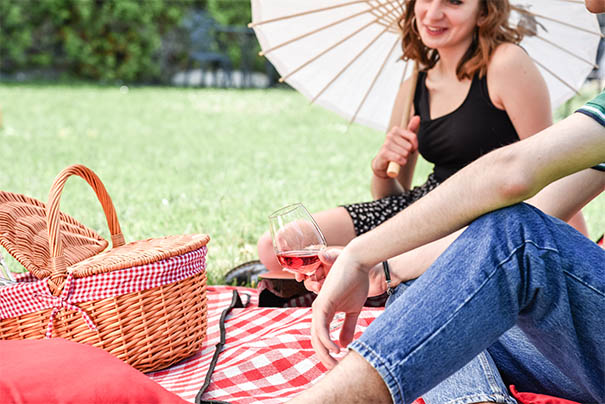 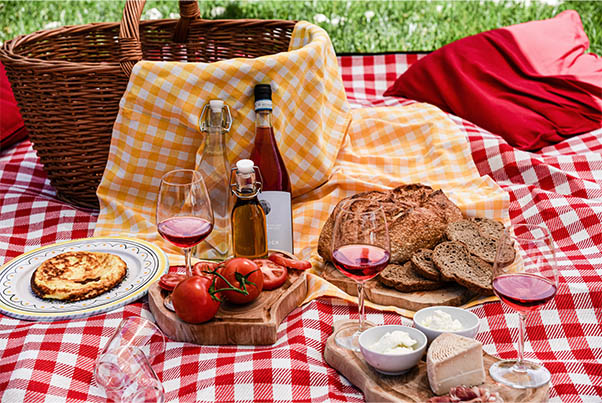 Give a Coupon for a Tasting

You can purchase a gift coupon here.
You will receive the coupon on your email with the instructions to fix with us a day and a time for the tasting.
The coupon is valid for one year from its purchase.